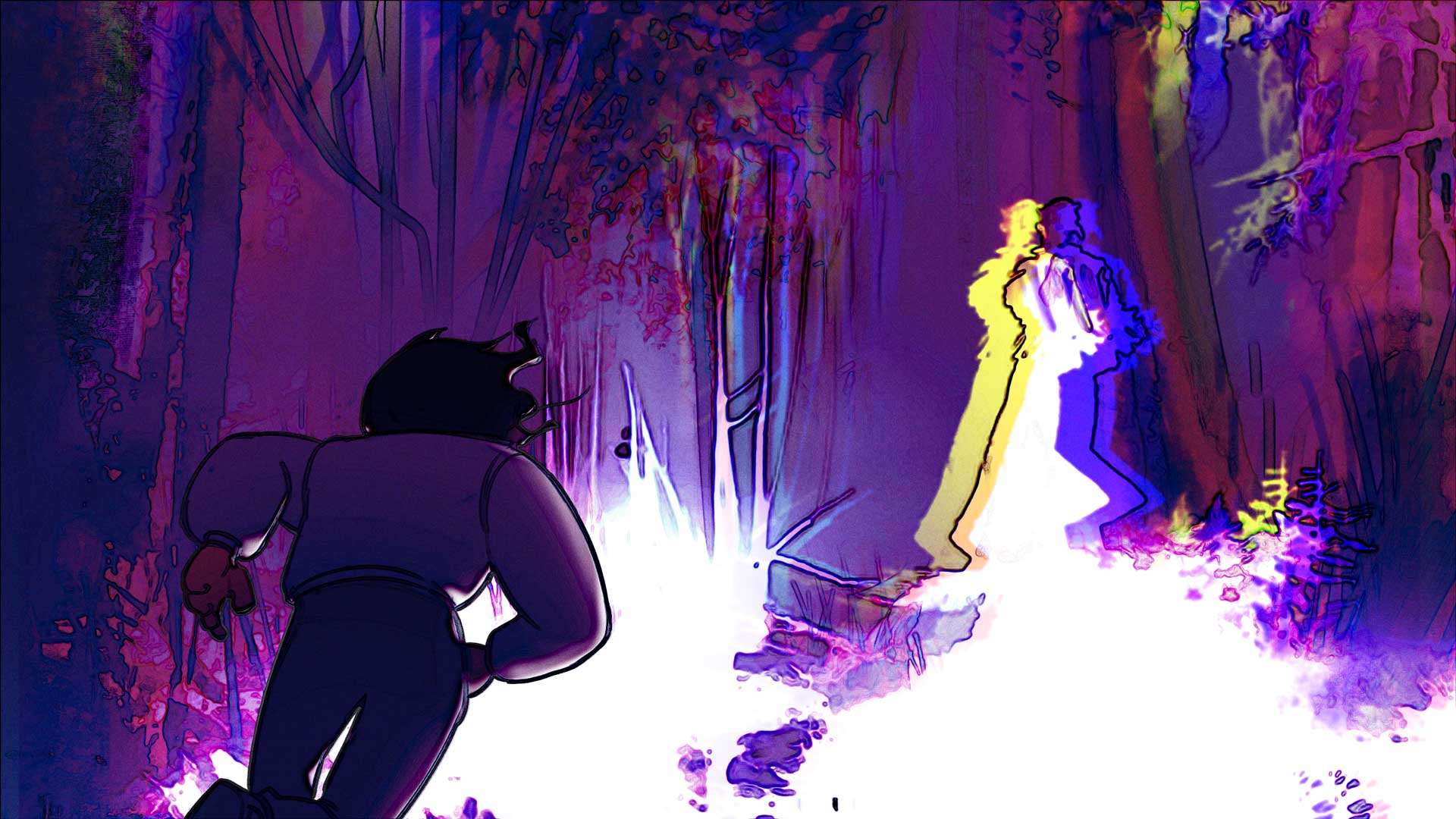 From where we could see. There was a thick mist. A fist, of clouds. It was hungry and was moving toward us. Fast as the night, came crawling silently. White, wet, damp-smelling. Gifted with furry white paws, it embraced and engulfed everything into its silvery bosom.

The hungry cloud monster, what satisfies your hunger? Ask the general.
Land!

—Question: What does one get when ‘it’ is over? Answer: Lights off!

The moon lit up somewhere in the amphitheatre. Mythical blue glimmer in the sky. The throat of Shiva. Is this why we associate night with horror? Because it is filled with venom? Churn the tortoise for an answer. Or better still call upon a seductive angel. Tease your senses. Nothing survives without the F#@$. Makes the wolves weep. Not sex; the blue creeping night.

Yes, yes. You guessed it. This is about THE Phantom. The purple attired black underweared muscleman shitforbrain super hero of sorts. But this is different. I swear. I saw him. People claim to have seen god, and I don’t really get my head around them; so I forgive you if you don’t believe me. But. We were standing at the edge of a path. One of those narrow mud tracks that seem to lead to somewhere into the forever. And start to make you feel, what-the-hell. And we were just wondering how all this could be as beautiful as it was. I will not describe the beauty of it. Redundancy and what not. It was night; it was cool, and I swear, the rest you can imagine on your own. Think mountains. Et all.

It was unquiet, because the wolves had started to howl and moan. What do they actually do? Just sit there and weep! Jobless.

Me and my friend were on a vacation, and decided that we needed to go witness the beauty of things firsthand. Cut to — here we were. In the dark of the night, witnessing the copulating mountain. Ok that’s exaggeration. The mountain was not copulating. In fact the mist was so dense and was enveloping at such rapid speed, and with such a smooth touch, that it looked like a sheet being pulled over a giant’s knees. May be a monster. Did his breath stink?

And well it was quite unsafe, if you ask me. Because, first, it was unfamiliar land. And second, it was cold and creepy, and night. And the mist was pretty near. And shit-the- fuck. From nowhere there came a hissing sound, like a very faint vacuum-cleaner. My mind went haywire. Seriously, I mean, like, at that time of night. In that place, the sound of a vacuum-cleaner, could be the most horrible, horrible, horriblest thing one could imagine. And to top it up, it was getting louder. Nearing.

And then something exploded from the mist. A burst of a bubble, vapour dispersing: a prick in air. Soft traces of white breath. I closed my eyes, and would have sealed the rest of my holes as well if I could have. But Shit. And Fuck. That thing grabbed us. And I passed out.

That’s the medical bill. That ‘shit’ for a superhero, while trying to save us, had forgot his horse, and had come on his magic carpet instead. Had rescued us from shit knows what. And well. Rammed into a bloody tree. A tree? I mean; how clichéd! A tree! I can not believe it even now. That’s alright though. Because the nurse was nice and that black-underweared shitforbrains is dead. Died on the spot. Nearly killed us as well.

And here we are.

Shut up & buy my shit! Dismiss