Skip to the content
HomeSignals from the FutureThese Things, Those thingsGreen Hydrogen — The Fuel of the Future 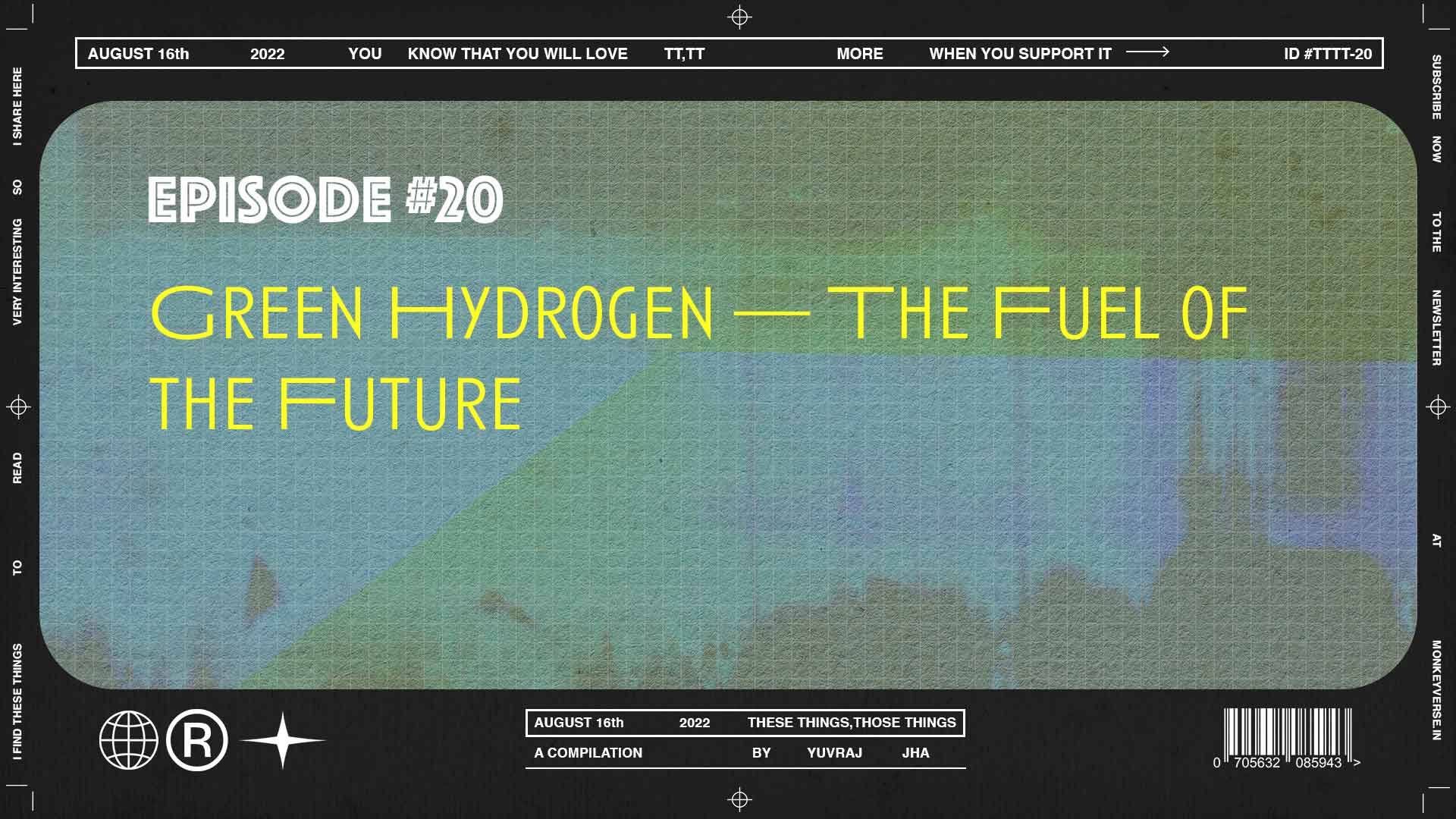 Green Hydrogen — The Fuel of the Future

In the last decade large scale implementation of Solar and wind have revolutionised India’s green energy landscape, going from a massive energy shortage to surplus production. This has duly come on the back of the diversification of sources by integrating renewable energy in its grid. With the aim of achieving 40% installed capacity from renewable energy sources by 2030 and reducing emissions intensity by 33-35% below 2005 levels in its nationally determined commitments to the 2015 Paris agreement.

But all that said last year India imported energy to the tune of USD 119 billion in FY2022; with nearly 85% being the import of crude oil and natural gas, which mostly go to fuel the three sectors — Steel, Transportation and Chemicals. And as fuel prices rise to new highs it looks like the pressure is back on energy security.

To address this, the Ministry of Power unveiled its Green Hydrogen policy in February, 2022, outlining the way forward for the research, adoption and implementation of Hydrogen power. As can be found in this report by Niti Ayog — Harnessing green hydrogen — Niti Ayog

“Hydrogen is seen as a sunrise technology for achieving net-zero emission targets as it does not emit GHG upon combustion. Its inherent chemical characteristics, multiple end-uses, and harmony with other fuel and energy carriers make it a strong contender of the clean energy.” – Green Hydrogen: Opportunities and Challenges for India, urbantransportnews.com

Being one of four methods of hydrogen production — Grey, Blue, Turquoise and Green — Green Hydrogen is the cleanest of them all that uses electrolysis instead of coal or methane as is the case with Grey or Blue Hydrogen. Broadly speaking, first using solar or wind energy hydrogen is extracted from water and then stored to dissipate energy through hydrogen cells. These work much like lithium batteries but are much better at storing energy per unit ratio; is lighter than lithium making it more better for use in transportation among other uses; takes up less space; and is much faster at recharging as opposed to lithium.

But that is only in context of transportation.

For Steel and Chemicals, which are also some of the most carbon intensive industries, green hydrogen will be a game changer. Not only will this reduce emissions, it will also help dominate the global steel trade by reducing carbon taxes that are now levied on exports.

Though as with all things India, what needs to be seen is how best this plan is implemented.

Curation, future of fuel, These things those things
share:
Prev Next